When Are We?
or
The Absolute Painting of Alexandre Masino 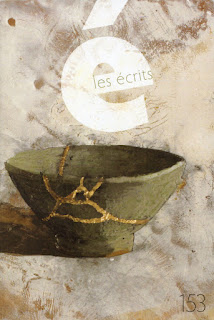 
Alexandre Masino eats, sleeps, reads to paint. I remember meeting him on Saint-Charles Street in Longueuil several years ago, devouring a peach or pear he had pulled out of a bag full of fruit he wanted to paint. The fruit he was eating would eventually end up in one of his canvases, he told me. And so, the fruit that was food would later on be turned into a work of art… He couldn’t not paint it, because he had tasted it, he had swallowed it, thus transforming it into a sort of eternity, as in Rêves éveillés (page 28) or L’arbre d’Idunn (page 36). He eats, reads, sleeps the same way he speaks, in painting, for painting, about painting, he discusses colour, hue, plays of different luminosities, he paints his very being, or what becomes the fruit of his being, in painting.

Masino shows us a tangible world (fruit, trees and landscapes, books, sailboats, objects of all kinds), but he also makes us feel his skilful gestures in materials both light and heavy, in fine lines and broad brushstrokes. From these “images” of reality, all these artistic techniques, there emerge, disappear and metamorphose, beneath the visible surface of the painting, silhouettes, moving, seething shadows. And if these silhouettes, these disturbing shadows truly exist, if they move, if they reach out to us, it is because they obey another presence than that of the viewer’s gaze alone, they live in the light that changes continually, in the subtle shift in luminosity and the viewer’s own imperceptible vibration, as the viewer’s retina is thrown into confusion, vibrates intensely.

These shadows, like the angels and their mysteries, live, come, go away and come back through the dance of light on the encaustic and the glazes, the transparencies, through the various impastos worked by the painter’s careful gestures (painting in encaustic demands fast thinking and constant consideration of the gestures made on the canvas); they live, come, go away and come back through the viewers’ entire bodies: bodies and light, bodies in the light, inner agitations of the beings who watch and recreate these presences through the transparencies offered by Masino. Viewers and light together destroy and reinvent these ghostly figures repeatedly, and infinitely differently—as, for instance, in Tabla luna (page 9) or Le souffle de la mer (pages 92–93).

How many paintings are there in a Masino painting? His extraordinary use of encaustic makes possible all these effects of life, of momentary disappearances, of ethereal matter, of mountainous immaterialities. Masino’s painting is within the time of light; it is furtive, subtle or dazzling shifts of light, in solar or electric lighting (modernity means that too!). Consequently, his paintings don’t “show” properly when presented to governmental or private juries judging his works from slides, in the old days, or from digital photographs, now. On these technical supports, everything is “flattened”; the reliefs produced by the constant changes in light disappear, as does the materiality of the encaustic. All that remains is fruit, boats, landscapes… The most ordinary of subjects. On these technical supports, there is nothing that strikes or skims over the encaustic, the glazes, the gold or copper leaf regularly used by the painter. Printed reproductions of his paintings (like the ones readers see here) don’t convey these plays, these effects, the painter’s pictorial intelligence. And painting, we often forget, is not snapping a photograph of an art object; painting is mastering light and the working of the pictorial material. The viewers (here, the readers) must understand that a photograph of a painting is absolutely not the painting, understand that they are not looking at the work, the actual work, produced by the painter: his actual colours, his gestures, even his dimensions. For more on this subject, you would need to delve into Jean-François Lyotard’s major (though short) essay, Anima minima, published in 1993 in Moralités postmodernes, and in 1997 in English in Postmodern Fables.


Obsession with painting, tenacious working of the encaustic, changes in light—all three accurately define the painter’s process, but we also have to talk about the unfolding of multiple times in his painting, in the paintings. What is the hour? What time are we in? Or rather: what are the hours, what times are we in? Times that are distended, suspended, held back and that, ultimately, slide toward us as a result of the artist’s inventive tenacity, the encaustic itself, the plays of light created naturally or with electricity, and the time shifts of the artistic references: that is how Masino’s absolute painting develops. All four together in a common, thought-out dynamic produce visuals and conceptual vibratory effects. The painter places us and moves us about from one period of antiquity to another or to our own, reminds us of ancient icons or Renaissance figures, 19th-century seascapes (Le chant de l’eau, page 106), the symbolism of a certain Van Gogh (Jusqu’à la porte du ciel, page 136), the still lifes of Cézanne (Mnémosyne, pages 19–20), carrying us across the Atlantic Ocean en route to Europe, or across the Pacific on a journey to the Far East (Échos et résonances, page 48).

When are we? We were, are and will be in all times, in all lights — those of the morning as well as those of later hours, looking at large books (L’écume du temps, page 124) lying open as if they were set on medieval lecterns at which monk transcribers did their work. As I stated in another essay on Masino, the Longueuil artist’s painting synthesizes and suggests all our times throughout the history of painting; in front of each of the painter’s works, the viewer—each viewer—could wonder, among other questions: Since when have I been? At what moment do I appear? At what time will I disappear? It is also nature “perpetuated,” as opposed to a nature that dies, that one kills.

Just like his human figures that have become icons, images of death surmounted, transcended, that come back to our minds and that precede us. Times suspended and multiplied, icons past, ancient, medieval, Renaissance or modern in their treatments, their vibrations or their suggested wounds fascinate our modest temporality. His portraits are the times of the work. His absolute painting contrasts with the temporary, the event, the performance. For example, it’s Masino who painted the portrait on the front cover of my collection Strange Fruits (Les êtres étoilés II, page 87), which is typical of his style. How many readers have asked me where I found this painting from the Italian Renaissance? I answered that it would be impossible to find such an iconography, such a manner, such a disorganized organization in all the painting from that time. And the reaction was always the same: surprise mixed with a sudden realization… This work is not Renaissance, but Masino’s work refers to it, locates itself precisely at the centre of Western painting, travelling, in a perpetual journey back and forth, from a 15th or 16th century, whether probable or not, to our time, now.

As if his painting worked in an a-chronical time, played with time, matter and light, questioned them, danced with them and turned them all around. As if the painter and the viewer had become the places beyond time when all times in art merge together, while also eluding each of those times. As if the painter and the viewer asked, or asked themselves, the question: When are we? 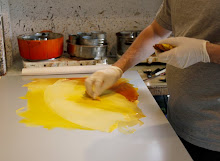 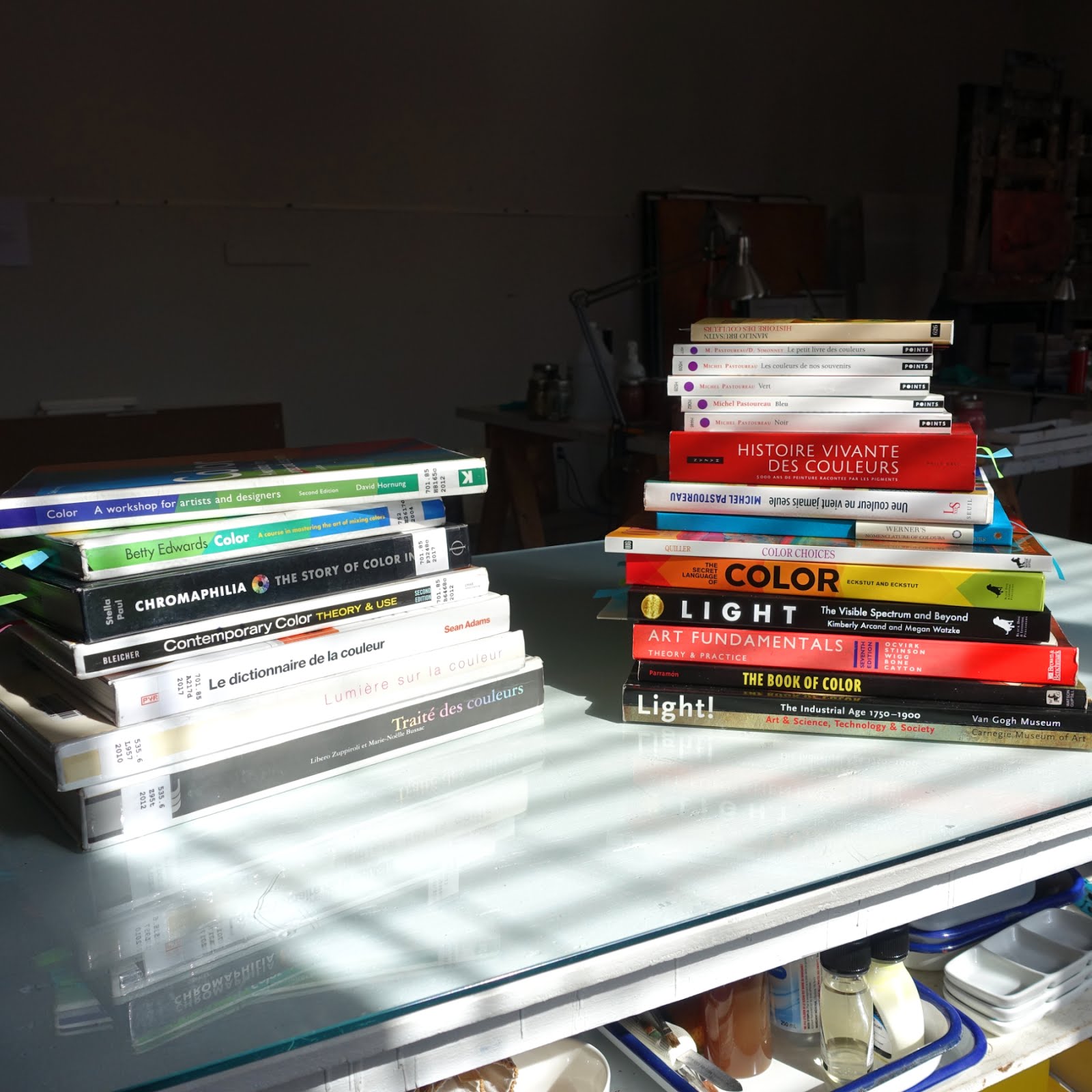 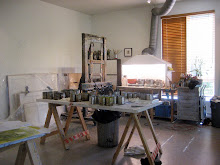